Toronto Real Estate Following In The Same Footsteps as Vancouver

I often get asked what are my predictions or thoughts on the Toronto Real Estate market. While I can’t comment from a statistical or feet on the ground perspective what I can tell you is all financial markets tend to function the same regardless of the location. There’s no such thing as “it’s different here.”

With Toronto real estate prices soaring 22% last year, and expected to increase by 25% or more this year, the housing plague has gripped Toronto residents.

Economists and other market experts are now sounding the alarm bells.

“Overall, while the investment boom in housing supported the economy through the oil shock, the further deterioration in housing affordability and greater housing imbalances are worrisome, symptomatic of an economic crisis in the making caused by investor speculation and excessive financial leverage.”
– David Madani, Capital Economics

“Let’s drop the pretense, The Toronto housing market — and the many cities surrounding it are in a housing bubble. Housing starts in Toronto and Vancouver have been chugging along at almost 70,000 units per year recently, an all-time high, while overall Canadian starts are above demographic demand at 200,000 units in the past year,”
– Douglas Porter, Bank of Montreal

“Eventually we are going to see this market kind of stop and then come off a cliff, the longer we stay in this run-up, the bigger the downturn is going to be.” – Sun Life’s Chief Investment Officer Sadiq Adatia

But similar to Vancouver, those alarm bells are falling upon deaf ears.

Toronto Realtors say a foreign buyers tax in GTA would be misguided. A poll of Realtors claims foreign buyers only make up a paltry 5% of all transactions.  Ontario governments refuse to track the data.

Toronto developers claim there is a housing shortage. However, just a few years ago there was major oversupply of condos. Further, builders completed more than 54,000 apartment units over the past two years, easily a record for Toronto. Population growth in Toronto sits at 4.5%, below the 5% Canadian average..

Fear of Missing Out

Perhaps the most destructive of the three. An unsustainable amount of demand chasing a scarcity of listings. Toronto buyers engage in aggressive bidding wars amidst a “get in now or be priced out forever” mentality. Including this couple, who bid on 18 properties before finally winning a multiple offer. Some of the carnage can be witnessed below: 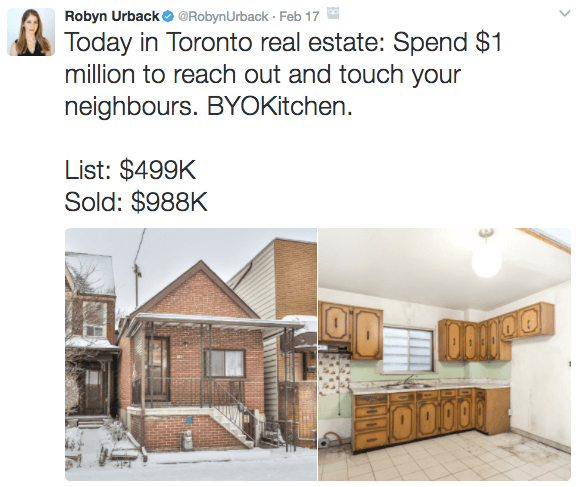 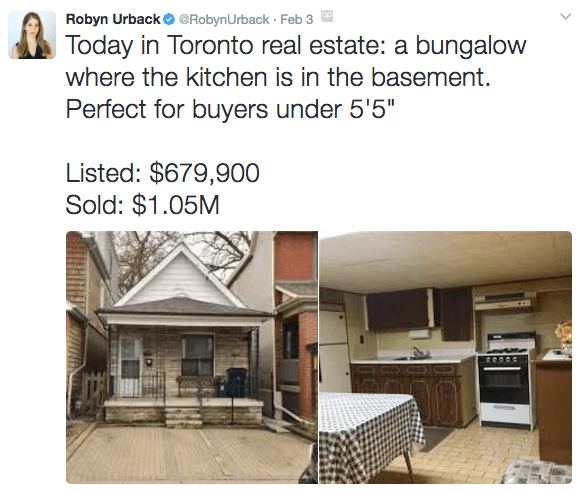 Steve Saretsky - March 12, 2020 10
We live in interesting times. I have been fielding a lot of questions regarding the market turmoil and what it may mean for the...